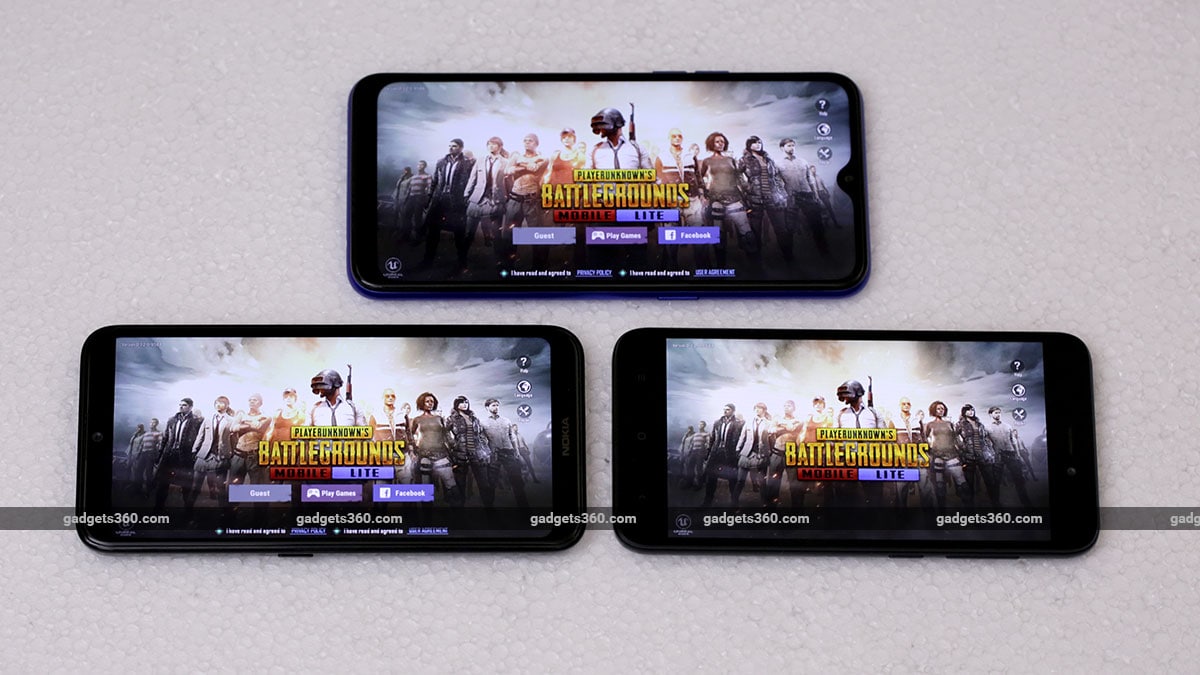 We have reviewed hundreds of smartphones here at Gadgets 360, and one of the most common comments we get has to be “Can it run PUBG?”. While most smartphones are now powerful enough to play the game, some of the more affordable ones struggle, and the experience isn’t always enjoyable. Tencent Games recently launched a less resource-hungry version of the game called PUBG Mobile Lite, aimed at entry-level smartphones. PUBG Mobile Lite is just 491MB in size, so it shouldn’t be a problem even if you buy the base variant of a smartphone. But how low can you go? Which is the least expensive smartphone for PUBG Mobile Lite? We compare some popular devices to find out.

Flagships have no issues running PUBG Mobile even at the highest settings, but phones that cost between Rs. 10,000 and Rs. 20,000 tend to run it at medium settings. As you go lower down the price scale, you will notice that phones tend to default to the lowest settings. With models such as the Nokia 2.2 (Review) and LG W30 (Review), we noticed that there was a lot of lag and stutter in the gameplay causing it to be unplayable.

In order to get a good idea of how low-end smartphones will handle PUBG Mobile Lite, we compiled a list of popular processors which are found in most low-end smartphones at the moment. We picked the Nokia 2.2 (Review), which has a MediaTek Helio A22 SoC, the Realme C2(Review) with its MediaTek Helio P22 SoC, the Redmi Go (Review) for its Qualcomm Snapdragon 425 SoC, and the Redmi 7A (Review) which uses the Snapdragon 439 SoC. The Redmi Go is the most affordable model in this list, costing Rs. 4,499. It runs Google’s optimised Android Go software and has just 1GB of RAM and 8GB of storage. 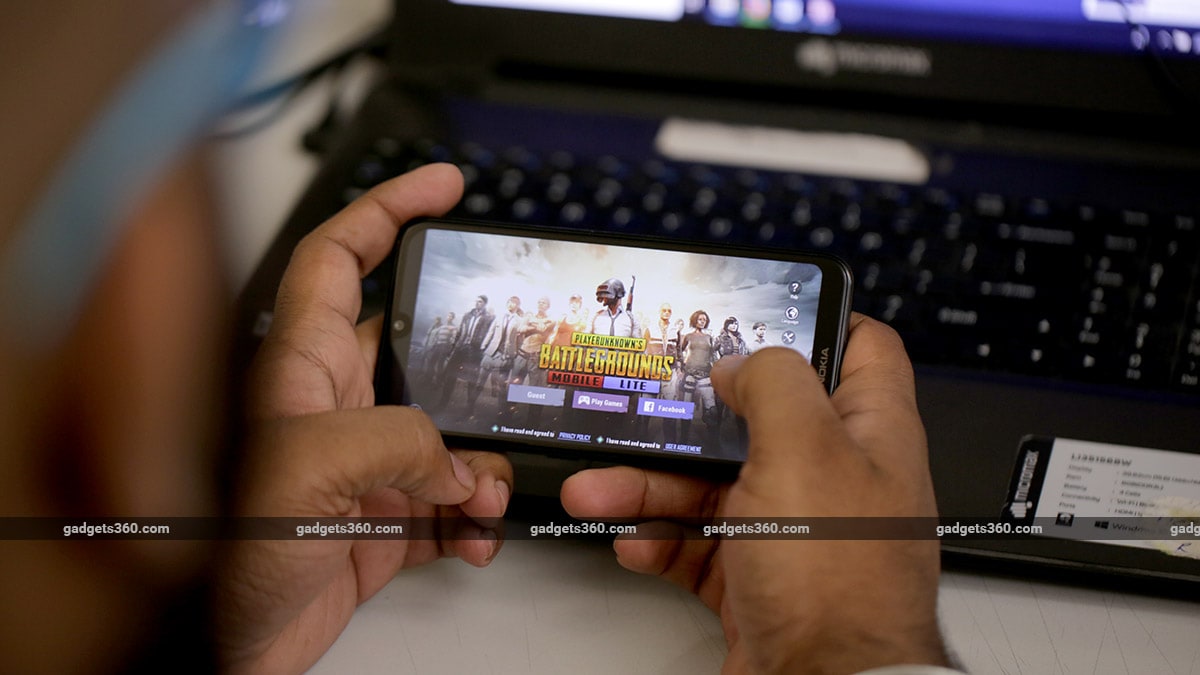 PUBG Mobile Lite on the Nokia 2.2

We were a little surprised that the Redmi Go could even load PUBG Mobile Lite, even though it took a lot longer than one would like. It took about one minute and 16 seconds to load the game. There is no way to change the graphics settings in PUBG Mobile Lite, so we just played at the default settings. We noticed occasional stutter while playing and we did see some texture popping on the device. It also had a mild input lag but the did not have sync issues with the audio.

PUBG Mobile Lite was still playable on the Redmi Go though, and it wasn’t a frustrating experience. After we survived one full round, the phone was warm to the touch but it wasn’t unbearable. We noticed a 9 percent battery drain after playing the game for 20 minutes. We were happy with the fact that the game was playable on a smartphone that costs only Rs. 4,499 and has just 1GB of RAM.

Next was the Nokia 2.2. The MediaTek Helio A22 powering this smartphone is another common SoC in this price segment. We did play PUBG Mobile when we reviewed this smartphone, and noticed that it had defaulted to the lowest settings. There was also audio lag, causing the game to be unplayable.

On the other hand, PUBG Mobile Lite had no such issues on the Nokia 2.2. It loaded without any issues, though it still took close to 1 minute and 15 seconds. The Nokia 2.2 could play the game at the default settings but there was some occasional texture popping. It offered smoother gameplay compared to the Xiaomi Redmi Go.

The Nokia 2.2 also got slightly warm to the touch after playing PUBG Mobile Lite for 25 minutes, and we logged a 5 percent battery drop, which is fine. We also did not face any audio issues like we did while playing the regular game.

We also played PUBG Mobile on the Realme C2, which is powered by the MediaTek Helio P22 processor. This phone is capable of handling the regular version of the game at low settings, but it wasn’t smooth when we reviewed the Realme C2.

PUBG Mobile Lite runs better and took 1 minute and 6 seconds to load. Playing the Lite variant of the game on the Rs. 7,999 3GB RAM variant of the Realme C2, the experience was smoother and we did not have the texture popping issue. After playing PUBG Mobile Lite for 20 minutes, we noticed a 4 percent battery drain. 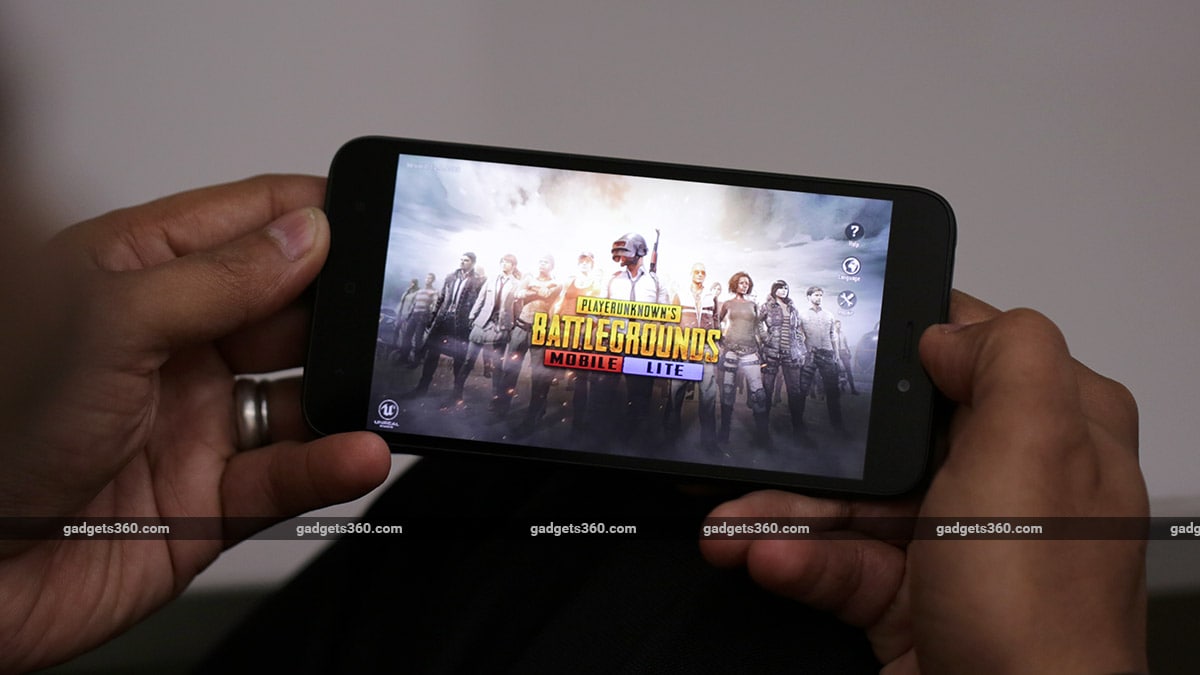 PUBG Mobile Lite is playable on the Redmi Go which is priced at Rs. 4,499

PUBG Mobile Lite on Redmi 7A

The Redmi 7A was the fourth smartphone we used to gauge how PUBG Mobile Lite performs on a sub-Rs. 8,000 smartphone. The Qualcomm Snapdragon 439 SoC is the most powerful processor in our roundup, and it managed to run the game without any lag or stuttering. We did notice very intermittent issues with rendering textures, but there was nothing that ruined the gaming experience.

The Redmi 7A was also the fastest to load the game at 54 seconds. We played PUBG Mobile Lite for 20 minutes, and saw a 4 percent battery level drop. The phone was also only slightly warm to the touch after that time.

So what did we learn?

After testing PUBG Mobile Lite on these popular Android smartphones in the low-end segment, we are impressed that the game is playable even on the Redmi Go. This is a very affordable smartphone, priced at just Rs. 4,499. However, it wasn’t the best to experience PUBG Mobile Lite on as there were still occasional stutters.

The MediaTek Helio A22 inside the Nokia 2.2 offers a good experience, and phones built around it are generally affordable too. If you are on a budget but playing PUBG Mobile Lite is a priority, you can consider MediaTek Helio A22 phones such as the Nokia 2.2, Infinix Smart 3 Plus (Review), and even the Redmi 6A (Review), which are priced at around Rs. 6,000. However, the Redmi 7A(Review) is priced at Rs. 5,999 as well and it definitely offers a better PUBG Mobile Lite experience, in our tests are any indication.