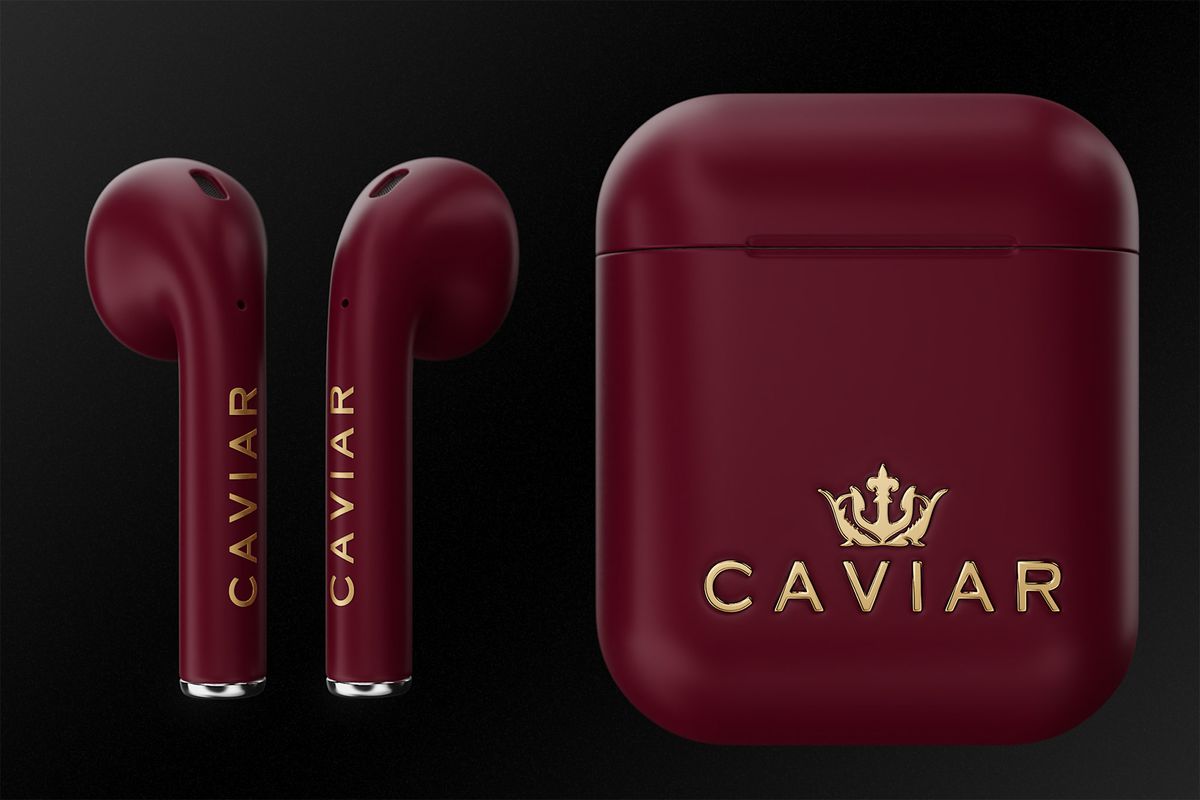 Caviar, a sort of tech-jewelry company that rebuilds iPhones into $22,000 diamond-and-metal showpieces, has today announced its take on the AirPods with a set of repainted and fancified editions. Calling them “royal gift editions,” Caviar has spruced up the boring white AirPods with a choice of black or burgundy paint, complete with real gold lettering, for a price of $590 per pair. If you want to step up to the carbon fiber option — because of course there would be such an option — the price for those earphones is $720.

Russia, which is where Caviar is from, fascinates me with its ability to sustain such extraordinarily niche businesses. Nobody’s manufacturing phones or headphones at scale in the country, but if you want to get yourself a Galaxy Note 9 that’s been turned into a 1kg bar of gold, you can. Eight years ago, when Nokia was still Nokia, that company launched an 18k gold-plated phone called the Oro, with the sheepish admission that it was for ostentatious types in countries like Russia. Social status there, Nokia told me, was expressed through luxurious possessions of the Oro’s kind, and nothing much seems to have changed in the intervening years.

As to the AirPods themselves, anyone truly unsatisfied with the basic white can pay Colorware $130 to have the wireless earphones and their case repainted in pretty much any hue desired. Though that’s probably not overpaying enough for the type of crowd that Caviar is targeting.