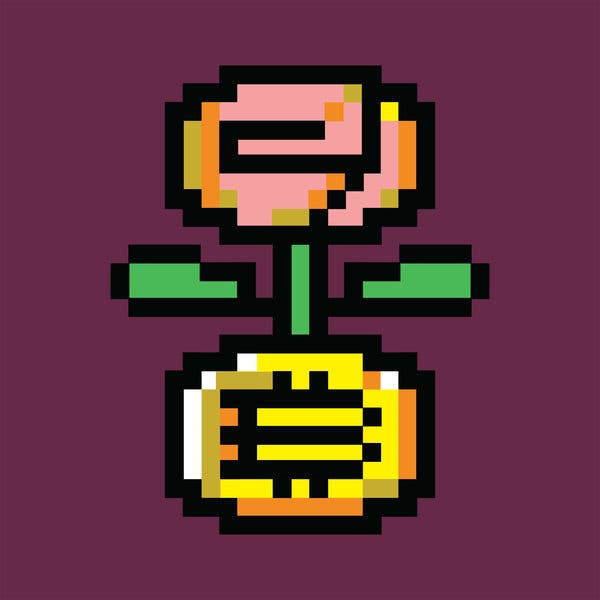 SAN FRANCISCO — When you talk to tech industry insiders about where Bitcoin is heading, two vastly different comparisons are inevitable: the tulip bulb and the internet.

Bitcoin’s critics say the digital tokens are like the tulip bulbs of 17th-century Holland. They generated a wild, speculative rush that quickly disappeared, leaving behind nothing but pretty flowers and wrecked bank accounts.

Bitcoin believers, on the other hand, want us to think about cryptocurrencies as if they were the internet: a broad technology category that took some time to reach its potential, even though expectations got ahead of reality in the early years. If that’s true, last year’s crash in Bitcoin prices was like the dot-com bust; a temporary setback before the big ideas come to fruition.

After following Bitcoin for several years, I think neither of these comparisons quite works. Bitcoin is neither an irredeemable flop nor an economic miracle.

So what is it? We are still a few years from any sort of clarity about where this technology will fit in the world. If we want to imagine where it might be going, we need to look beneath the gyrating price to understand how it is being used today and who is using it.

Speculators, drug dealers and the oppressed: How cryptocurrencies are used right now

At the most basic level, Bitcoin has introduced a new way to hold and send around value online. Anyone can open a Bitcoin wallet and receive money from a friend or a stranger. The system works without any central authority, thanks to a network of computers that is not unlike the network of computers supporting the internet.

Even after last year’s bust, Bitcoin users are generally sending somewhere between $400 million and $800 million worth of Bitcoin across the network every day, according to data from the blockchain, the public ledger on which all Bitcoin transactions are recorded.

That daily volume is less than half the daily average of the payment service PayPal. But it is much more activity than the network handled before the price spiked in 2017.

As the proponents of the tulip bulb version of Bitcoin will tell you, most of the transactions today are speculative: people buying and selling Bitcoin in the hope that it will be worth more in the future. A more generous viewpoint would compare Bitcoin to gold, a scarce commodity that goes up and down in value and provides an alternative to national currencies.

There is still quite a bit of mystery about what accounts for the other 20 to 40 percent of the transactions. No one can force Bitcoin users to register their identity, so Chainalysis and other firms are in the dark about many transactions. But they have identified some useful chunks.

When Bitcoin was introduced in 2009, it was described as a new way to make payments online, without the fees that credit card companies charge. Chainalysis estimates that last year, companies handling Bitcoin payments accounted for 0.3 percent of all Bitcoin transactions, or $2.4 billion

This is a healthy dose of apparently legal commerce, but it was not a good sign for Bitcoin that it was shrinking for most of last year when the price of Bitcoin was going down, according to Chainalysis data.

Many if not most Bitcoin advocates I’ve encountered will admit it doesn’t offer much of an improvement over traditional electronic methods of payment. In several ways, it’s worse. Paying with Bitcoin requires you to become a speculator on its volatile price for the time you are holding on to tokens and waiting to pay.

The payment data leads to the question of where this technology might gain momentum, beyond speculation. The most compelling use that Bitcoin fanatics talk about is its value to people in repressive countries that have currencies that are even more volatile than Bitcoin.

In Venezuela, for example, Bitcoin can offer a way to move savings out of the inflating bolívar. Because of the open nature of Bitcoin, Venezuelans can buy it without the government stopping them.

There are stories of Venezuelans using Bitcoin to rescue their savings. Venezuelans bought over $230 million in Bitcoin last year on the most popular platform for sales, LocalBitcoins, according to the data analyst Matt Ahlborg. Those purchases were growing even as the price of Bitcoin was falling.

But it caught on with only a tiny sliver of Venezuelans. And there are reasons to wonder how many of these transactions were really just corrupt government officials or wealthy Venezuelans who had other means of getting their money out of the country.

People who have traveled to Venezuela have told me that most ordinary people they spoke to would prefer to have their money in dollars instead of Bitcoin.

The bigger problem facing Bitcoin is that the practical and legal uses have struggled to outpace illegal or clearly unethical activity.

The list of ways that Bitcoin has proved useful to criminals keeps growing, from the ransom payments on locked-up computer files — or even hostages — to illegal drug sales.

The Bits newsletter will keep you updated on the latest from Silicon Valley and the technology industry.

Many of these misdeeds are hard to quantify, but Chainalysis has managed to put numbers on Bitcoins used to buy drugs on the so-called dark net. Chainalysis numbers show that drug purchases rose last year, even when the price of Bitcoin was falling.

The total dark net transactions in 2018, around $620 million, were more than twice the amount that Venezuelans bought on LocalBitcoins.

Bitcoin fans will tell you that this is a drop in the bucket compared with how much the dollar is used to buy drugs. But all the data I’ve seen suggests that drug purchases account for a much larger proportion of the Bitcoin economy than their proportion of the dollar economy. And Bitcoin has enabled new kinds of deadly drug traffic, like the synthetic opioids that have flowed from China to small towns in the United States.

Illegal activity, and especially pornography, played an important role in the early internet, but nothing like what we’ve seen from Bitcoin in its early days.

Bitcoin is accessible to anyone — not so different from the internet. The problem is that, other than speculation, none of its legitimate uses have taken hold at anything like the pace of the illegal activity.

That the technology hasn’t gained traction with ordinary people does not mean it won’t someday. There are still plenty of areas where, smart entrepreneurs think, the open nature of cryptocurrencies could be useful.

Many venture capitalists have made bets on Ethereum and EOS, alternative cryptocurrency networks that can be programmed for more sophisticated applications, like financial contracts, than Bitcoin’s software allows.

Programmers have already built thousands of so-called decentralized applications, or Dapps, that use the EOS and Ethereum tokens. Many of them can be used today. These Dapps can move money around and record ownership of digital goods, like items in video games, without a central company keeping the records.

But a majority of these Dapps still focus on legal gray zones, like gambling. The most prominent use of Ethereum so far has been by companies, many of them scams and frauds, that wanted to raise money without complying with securities regulations, through so-called initial coin offerings.

I have seen little indication that any of the more legitimate uses have worked easily enough to have any appeal beyond cryptocurrency fanatics.

Perhaps the biggest thing that cryptocurrencies have going for them is that serious people still want to fix the flaws. The value of digital tokens — however volatile they may be — has created incentives for people to work on them.

The latest big cryptocurrency player is Facebook, which is said to be working on its own digital tokens. So are several other big messaging companies.

I can’t predict the future of cybercurrencies any more than the holdout dreamers and the naysayers. But with the serious money still finding its way into the market, it is far too early to write the whole thing off.